A CAUSE WORTH FIGHTING FOR 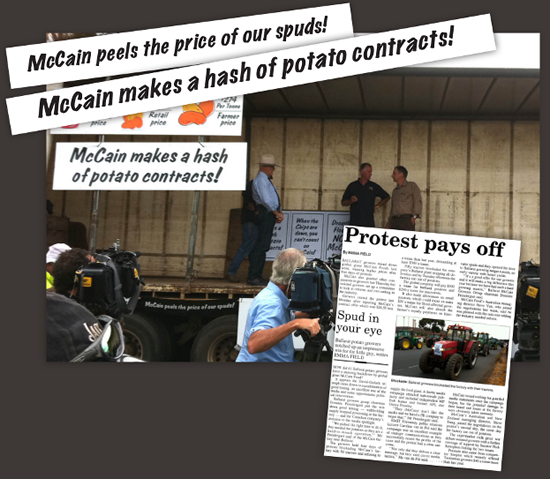 When Victorian potato growers realised they were being faced to take a major cut in the contract price for their soon-to-be-harvested crop they decided to take matters into their own hands! It takes a lot to force farmers to become militant but the prospect of a much reduced income while costs continue to rise threatened one thing – survival!

Unanimously, the potato growers decided to act and immediately denied supply to the potato processing plant, vigorously objecting to being forced into new unreasonable contracts. A twenty four hour picket, a tractor march through tow, federal political support, direct communication with the Minister for Agriculture, speakers to coach and support the picketers and massivemedia attention over a one week period saw the processor renegotiate its position, fully satisfying potato grower expectation. A big win for little guy!